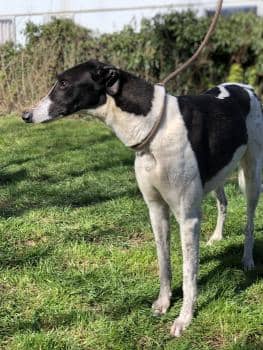 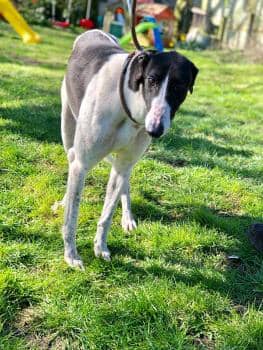 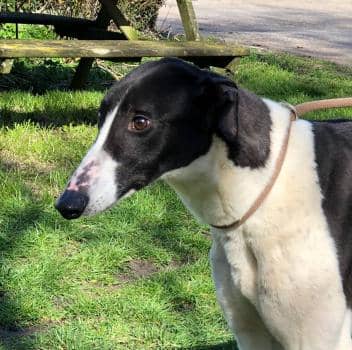 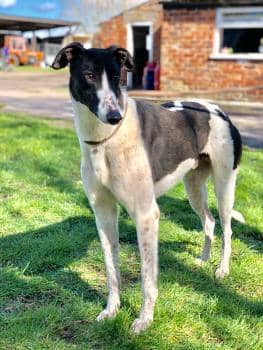 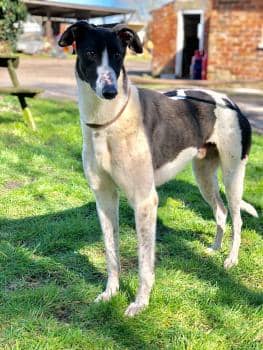 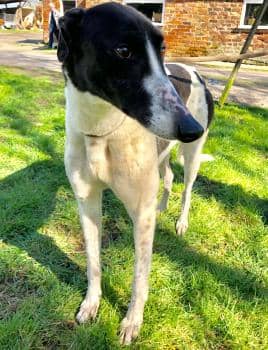 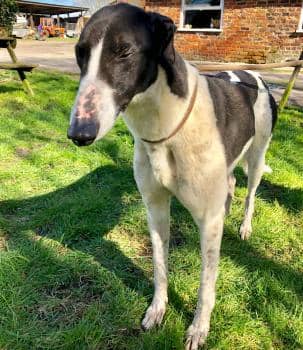 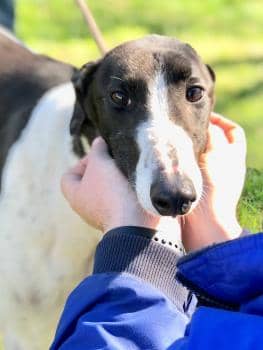 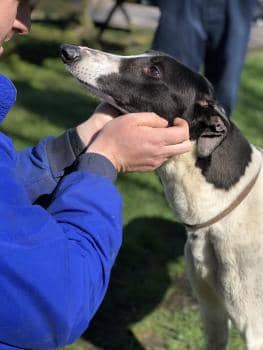 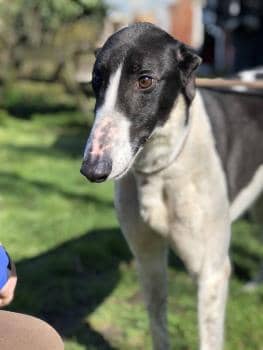 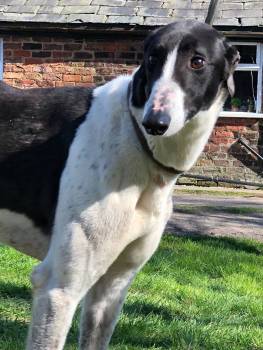 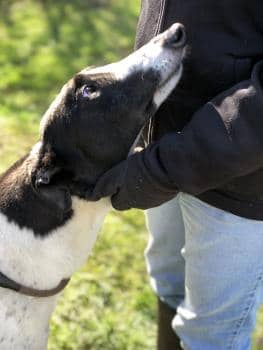 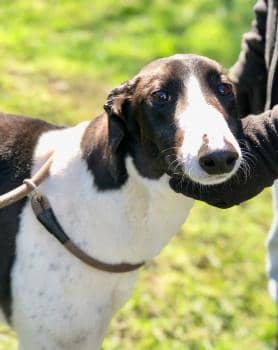 and I already have my forever home.

But I have greyhound friends still looking for homes

Kane has an overshot top jaw and the longest nose ever ! Rather than making Kane look comical it makes him look absolutely adorable. Kane also has a sad looking face and his demeanour is a little like Eeyore’s from Winnie the Pooh which makes you want to scoop him into your arms for a big cuddle, it’s also very hard to resist kissing his gorgeous nose.

Kane is a very laid back boy, this may be because he’s also rather lazy. Kane is a leaner and will lean against your legs for assistance with the strain of standing up. His head is also sometimes too heavy to hold up and he hangs it making him look terribly sad. This in other dogs could be a ploy for extra treats or cuddles, but it is probably not the case with Kane because while he was at the front of the queue when noses were given out, he wasn’t when he received his brain - Kane is not the brightest Greyhound in the world.

Kane is a gentle giant he is an absolutely gorgeous, big, lazy, daft boy with the most adorable nose - that statement should be sufficient to ensure he quickly finds a wonderful forever home. But we will add that he is good with other breed dogs and can live as an only dog or with other dogs. We have been unable to cat test Kane due to his location so will be homing him as not cat safe.

Kane is the most wonderful Greyhound, he exaggerates all the characteristics that everyone loves about their hound.