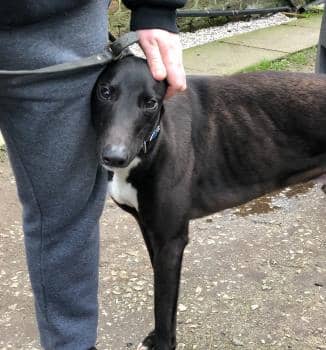 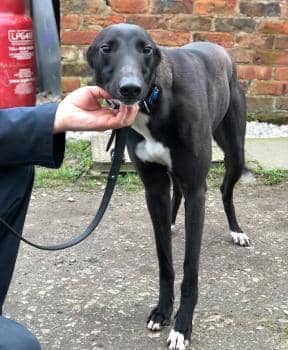 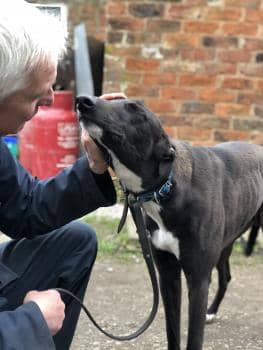 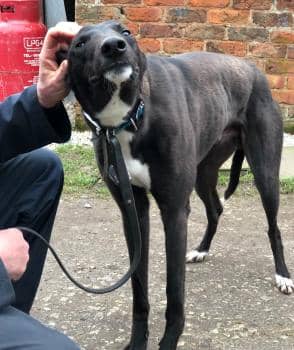 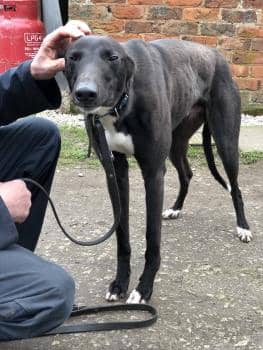 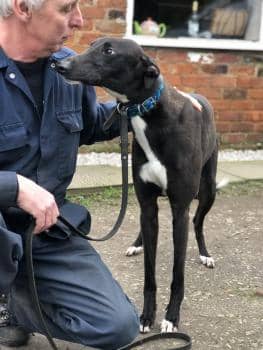 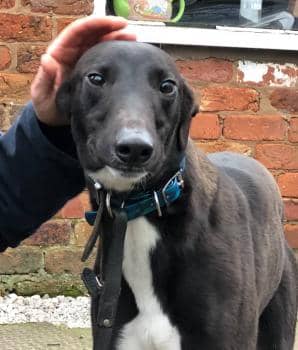 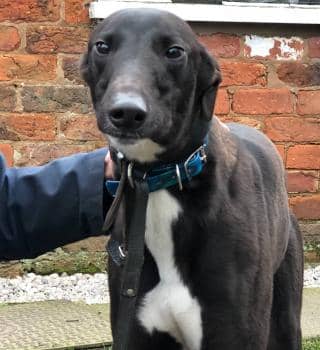 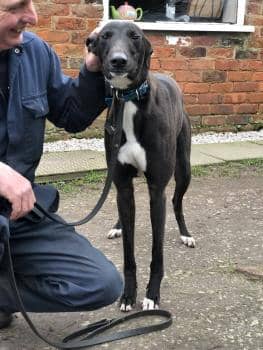 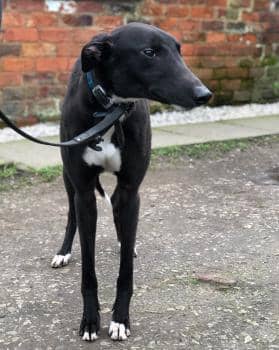 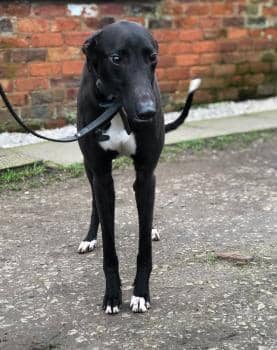 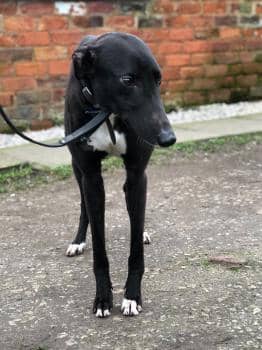 I'm Harry, a rescue greyhound and I want to be adopted.

Harry is young Greyhound just over a year old, he wont have his second birthday until September 2020.

Harry came to Hector’s last October along with his three siblings, he was born in a racing kennel and bears racing tattoos in his ear to confirm that this was his destiny. However this didn't happen, instead Harry and his brother and sister simply sat inside their kennel receiving only their very basics requirements to keep them alive and they had very little human interaction or handling

When Harry first came to Hector’s it was very evident that he had received little human contact throughout his puppyhood. Harry had never worn a collar or been put on a lead. Harry was very frightened of an environment outside of the kennel he was born in, even the grassy paddock was a terrifying place for him.

Poor Harry has found it a little harder than his siblings to adjust to a world outside the kennel where he was born, he appears a more sensitive soul than the others and has found it harder to learn to wear a collar and walk on a lead, he now does really well walking on the lead, but for some reason hates having it put on.

Harry’s little tail is always wagging and he craves love and affection, he is desperate to please but it is clear he worries about everything. When you see Harry hang his head with a worried little expression while still wagging his tail, it’s difficult not to just scoop him up for a cuddle.

Harry needs a patient, reassuring home with someone who will slowly continue to build his confidence and help him adjust to the outside world. Harry is still a very young dog, little more than a puppy, but he is much younger in real terms having missed out on so much socialisation during the first year of his life, he still needs to learn to play.

Harry can live as an only dog, but would probably find his integration into the outside world much easier if he lived with another confident dog. Harry due to his young age would need a forever home where someone is around for much of the day.

Harry, with patience and reassurance will continue to blossom and grow into a wonderful adult dog, this will be so rewarding to see happen and earn you the love and devotion of a very sweet and special boy.

Harry’s forever home really must be forever. If you can help this gorgeous boy gain confidence in a forever home please contact us